JASON'S STORY OF STRENGTH AND COURAGE

The creation of Jason's Friends Foundation was inspired by the life of Jason William Eades. Jason was eight years old when he was diagnosed with a brain stem tumor. Immediately Jason and his mom and dad, Rocky and Lisa Eades, went to Denver where there was no hope being offered for Jason.

A pediatric neurosurgeon in New York brought a glimmer of hope when he suggested that Jason was a good candidate for surgery. The family's week-long trip to New York turned into a three month stay. Following surgery, Jason had radiation twice daily, chemotherapy twice weekly and several types of therapy to remedy motor skills affected by the surgery and treatments.

In April of 1995, while still in New York, Jason turned nine and the family returned to Casper. The MRI in May showed the tumor was gone and the family felt that their prayers had been answered and truly a miracle had happened.

In August, Jason began showing the same symptoms and a third trip to New York took place. Sadly, the MRI revealed the tumor was back and bigger than the original one. Jason fought a courageous battle for eleven months and was victorious in many ways against his cancer, as he recovered from various procedures and side effects. Jason always showed more concern for others as he faced his illness with a dignity beyond his years. He taught all who knew him how to overcome any obstacle with strength and courage.

Tragically, Jason passed away on November 11, 1995. Those touched by Jason's life wanted to honor his memory in a way that would be meaningful and helpful to others. Thus, Jason's Friends Foundation was established in 1996.

Jason always wanted to be famous. While this is not exactly what Rocky and Lisa had planned for him, through the exceptional work of Jason's Friends Foundation, Jason is still reaching out and helping others as he did in life.

A memorial park called the Jason's Friends Plaza was created at Park Elementary School on the corner of 9th and Center. A life size bronze of Jason sculpted by local artist Chris Navarro is a visible reminder of the plight of children with life-threatening illnesses and of a little boy's impact on the community of Casper and on the state of Wyoming.

The poem below is displayed at the Plaza, commemorating the life of a precious, young boy named Jason Eades who had a huge impact on the lives of all who knew him.

ONCE IN A WHILE

Once in a while, someone comes along,
That one in a million heart, so pure and so strong.
They can face up to the tears,
And somehow still find a smile.
We only get them, every once and a while.

Once in a while, someone has the eyes,
That one in a million look, that never tells lies
They can get you on your feet,
To walk that extra mile.
We only see them, every once in a while

That's why we call them heroes,
That's why we know their names.
And once you've heard their stories,
you're never quite the same.

That's why we call them heroes.
The best thing they ever do,
Is point to the best in us all,
And say, "If I can, you can too."

Once in a while, I still hear his voice.
That one in a million sound, like two laughing boys.
He would hate it if we cried.
It never was his style.
Oh we still miss him, more than once in a while.

Oh, they can face up to the tears,
And somehow still find a smile.
We only get them
Every once in a while.

Oh how we miss him!! 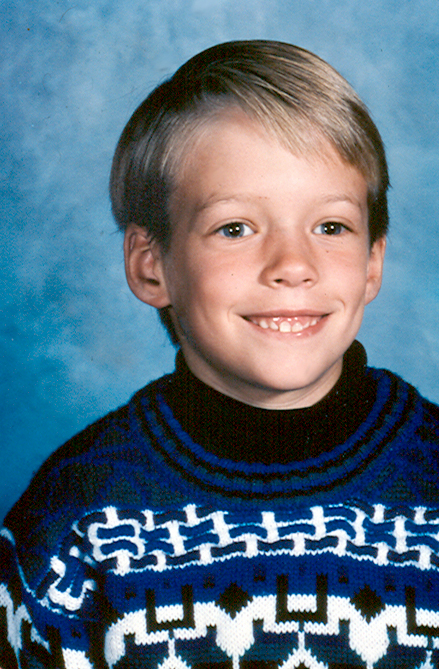 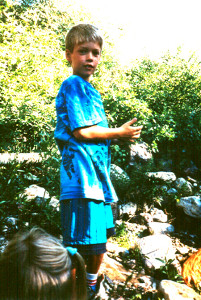 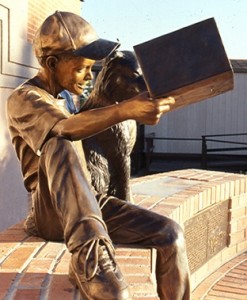